Chute, O’Malley, Knobloch & Turcy, LLC has been hired to represent six families of the 10 children who passed away in a fire a year ago in the Little Village neighborhood. 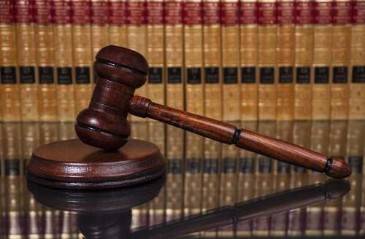 According to one lawsuit filed by Amber Ayala, who is a sibling of five of the children who died, she named the city, building owners, and Priscilla Cobos—the mom in charge of the kids but failed to show up before the accident occurred—as defendants. In another lawsuit, Yolanda Ayala—the plaintiff’s mother—was listed as a defendant since her and Cobos were supposed to supervise all 10 children.

However, Attorney Colin J. O’Malley believes the city and state were ultimately liable for the accident, claiming that putting blame on the two women diverts the attention on the other parties who were responsible for making the property safe for tenants and guests. Ayala’s lawsuit alleges the city knew of several code violations associated with the building but gave the landlord permission to continue renting it out.

“You’ve got DCFS going there checking on these people. You have different city entities that have shown up complaining about the condition of the building. You have landlords and you have the city,” said Attorney O’Malley in a Chicago Sun-Times report.

“So when everybody talks about the two mothers, it’s taking the spotlight away from where the investigation needs to go, which is, ‘How did we end up in this position in the first place?’”

When the incident occurred on August 26, 2018, law enforcement said there the smoke and carbon monoxide detectors were out of order, and the build had extension cords running to the rear unit from the main house. When the Chicago Fire Department investigated the scene, they decided the fire began from an “open-flame ignition to available combustibles.”

The ages of the 10 kids who passed away ranged from three months to 16 years old.

“There is no happy ending to this story,” Attorney O’Malley added. “But the one thing all the family members are interested in is answers to the investigation. They want facts to come out.”

“They will give you undivided attention and do everything in their power to meet your needs.”